TSS Earnslaw Cruise: Day 3- 11th October, Sunday Today we went on the TSS Earnslaw Cruise to Walter Peak Farm. Before we got on the boat we got a photo with the whole group in front of the boat. We got on board and I was really excited. We looked around on the boat and took photos. We went in the engine room and it was really steamy and hot. We got out of there quickly because it was too hot!! After that, we went and sat down and waited until we started going. It was really slow at the start but got faster. There was a cafe on the boat but I didn’t get anything from the cafe. We kept taking photos and we were looking out the windows to see the mountains and the lake. I sat inside because it was really cold outside. The water was so clear because they have pebbles at the bottom, not dirt! While we waited we listened to the people who were talking and they were talking about the lake and how wide and long it is. They talked about the story of the giant. The lake is in the shape of a lightning bolt. We saw a little island which was called Hidden Island. Then we arrived at Walter Peak Farm. 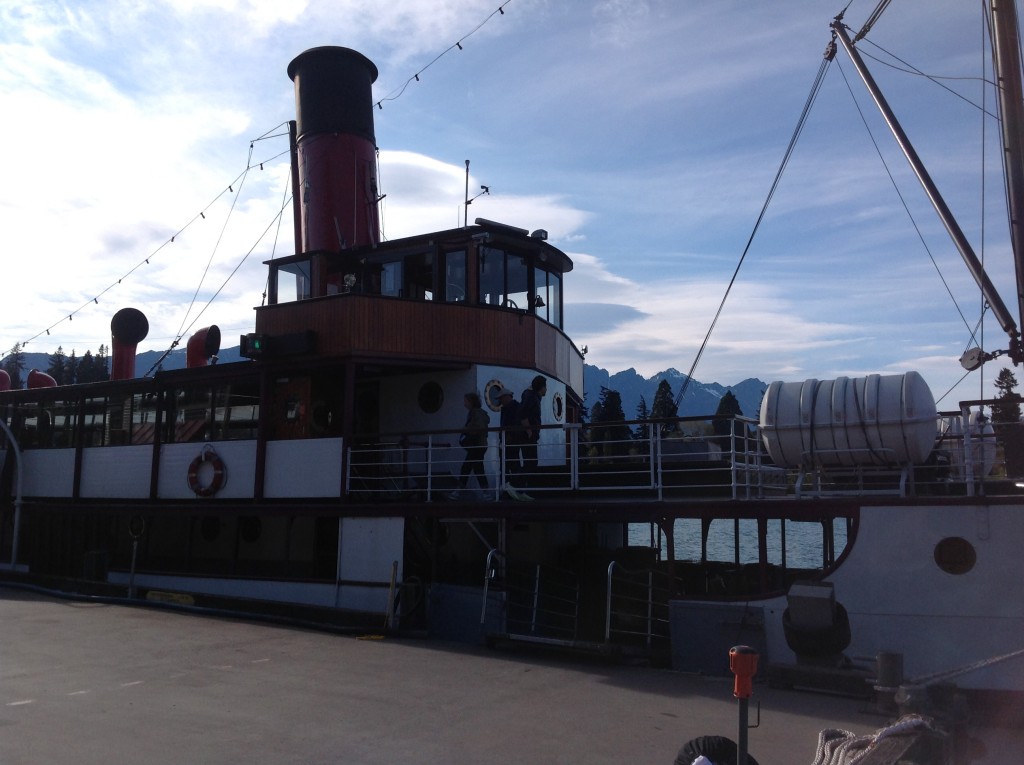